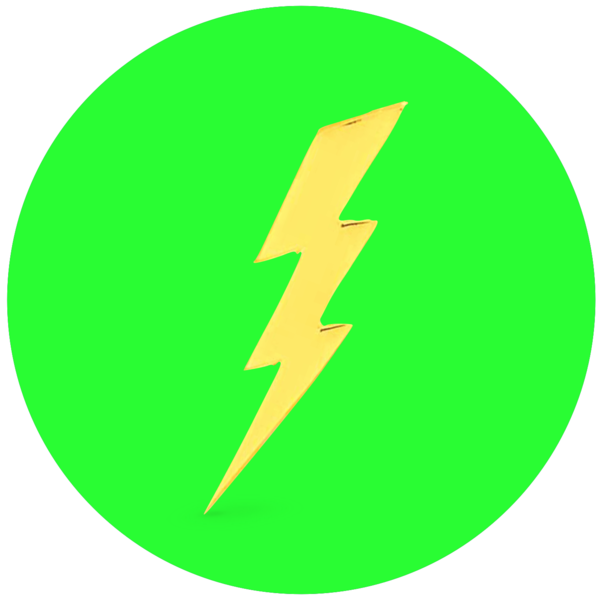 painters challenging each other 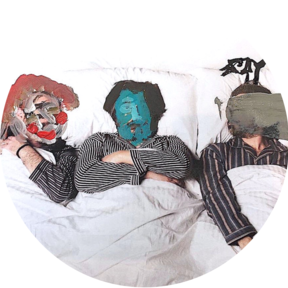 Out of their comfort zone, artists who paint together naturally share the secrets of their practice while inevitably getting mutually influenced and challenged. We believe that when inhibition is lost, lightning strikes.

The Sleeping Productions are public live painting experiments by established and emerging, academics and outsider artists that typically last for a month. The participating artists immerse themselves for continuous 30 days in a pop-up shared studio in order to produce work on paper, all the while opening up their artistic process to the public. Since its founding in Beirut 2019, the collective has done 4 productions with 10 Lebanese and Syrian artists.

Browse selections from each production and get in touch for more.

Lynn Modallal is a Beirut-based visual artist and artistic manager. Modallal graduated with a BA in Filmmaking from the University of St. Joseph (USJ) in 2015 and since, has been keen on transforming the Lebanese art scene to be more accessible. Her experience in artistic management kicked off with managing multiple festivals such as ‘Beirut Cinema Days’ and heading the music department of the TV show ‘The Voice’, before becoming a segment director on several international shows that led her most recently to Hong Kong and La Reunion Island. After managing ‘Plan Bey’, an art gallery and publishing house in Beirut, Lebanon, Modallal founded ‘analoggeneration', an online gallery that promotes film photography from all around the world. Most recently she co-curated a sleepingwiththeenemyproduction exhibition ‘Mamnou3 El Tehzib’ that included an interactive live painting experience with 9 local artists.

Zalfa Halabi graduated with a BA in Studio Arts from the American University of Beirut (AUB) in 2013, followed by an MFA in Art Writing from the School of Visual Arts in New York (SVA, NYC) in 2016. She is currently based in Beirut, Lebanon, where she covers art exhibitions and interviews artists from the Middle East for multiple publications in Lebanon and abroad. She worked as an advertising copywriter for J. Walter Thompson MENA, from 2017 till 2019. She often takes on curatorial projects, her most recent endeavor includes co-curating 'Mamnou3 El Tehzib' (i.e. No room for discipline) an exhibition that showcased the works of the nascent art collective
Sleepingwiththeenemyproduction, founded in Lebanon in January 2019. 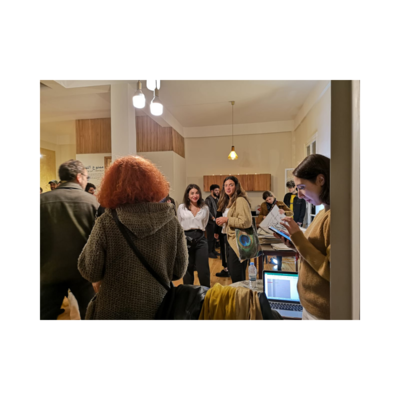 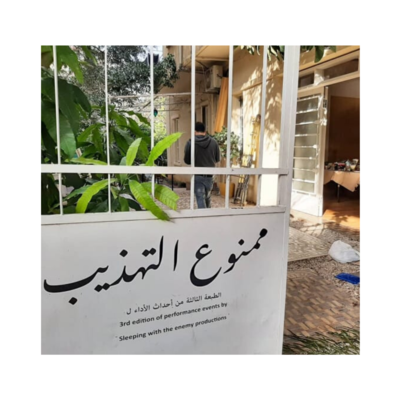 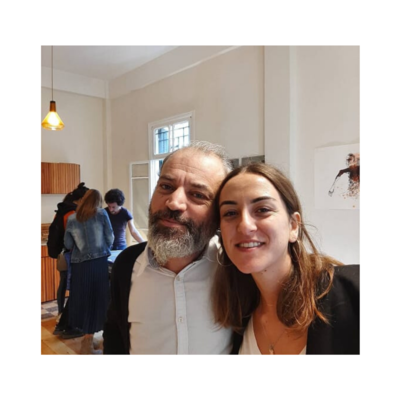 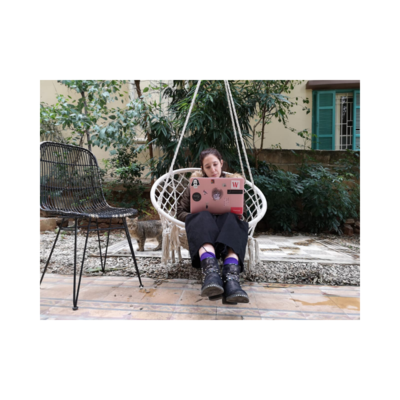 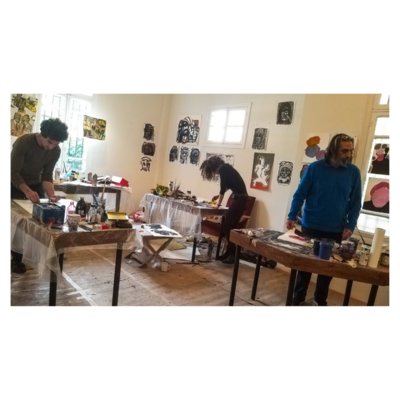 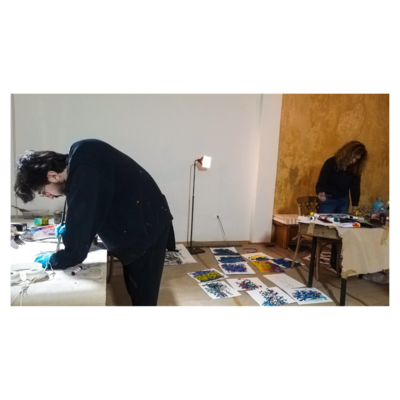 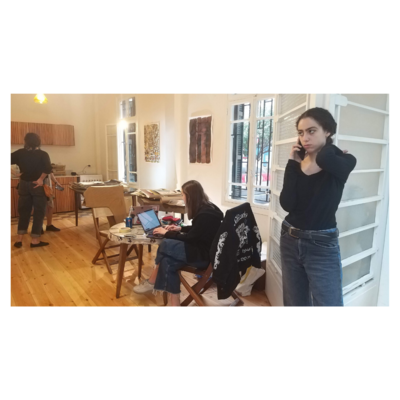 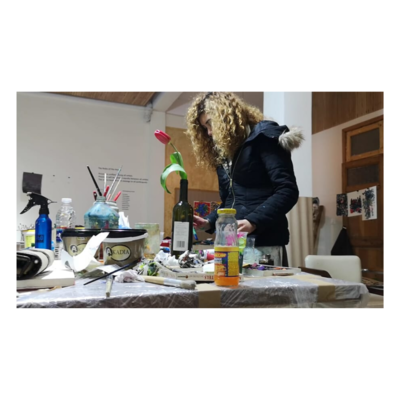 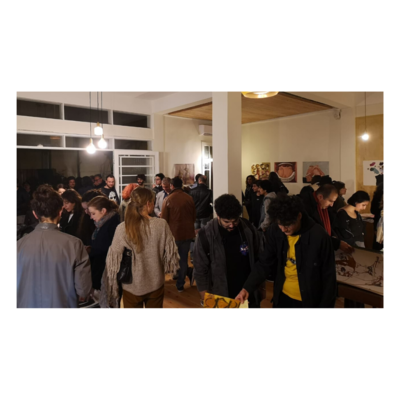 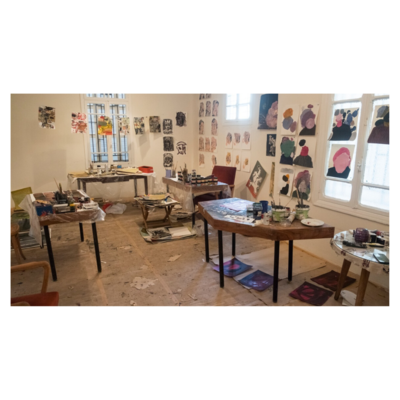 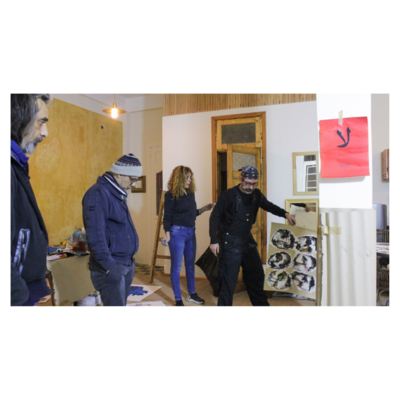 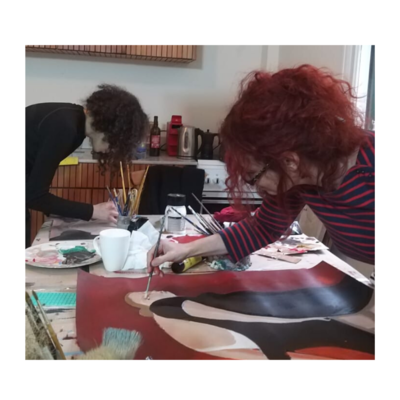 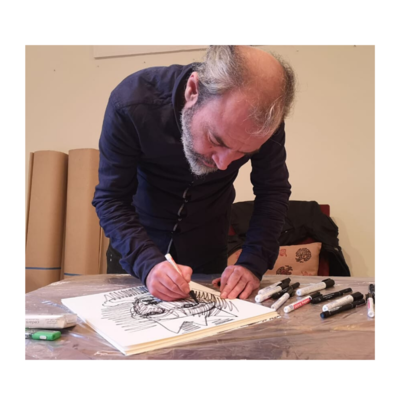 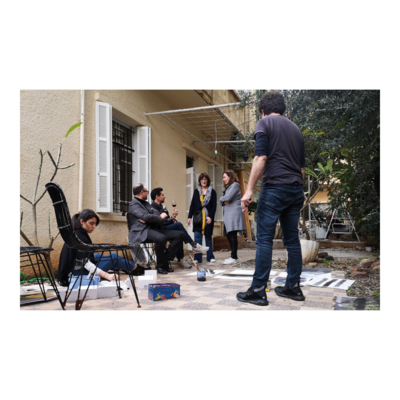 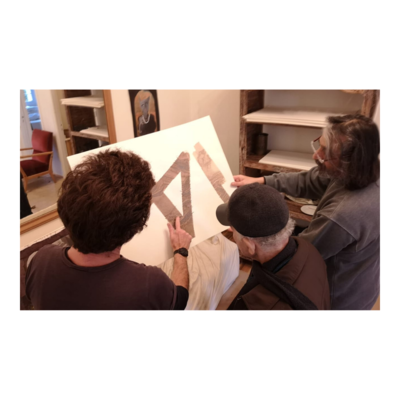 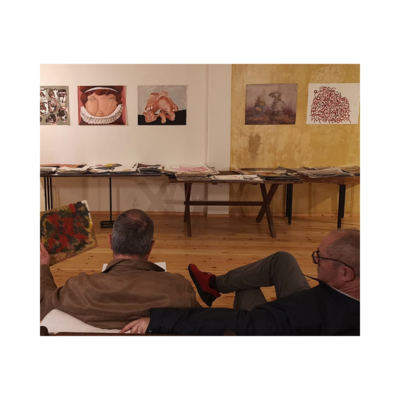 All works on this website have been created during productions and are all original works on Schut acid-free cotton 350 gm paper.

Previously named Sleeping With The Enemy Production, The Sleeping Productions might pop up in your city anytime. To know more about where we’ve already “made our beds,” check our stories here, here, here, and here.

This initiative is administered by Fadi el Chamaa.